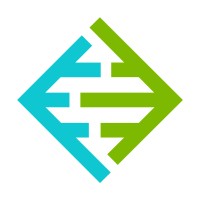 WALTHAM, Mass. –Affinia Therapeutics announced it has closed an oversubscribed $110 million Series B financing with a premier syndicate of life science investors, co–led by EcoR1 Capital and Farall on Capital Management.

Affinia Therapeutics will use the proceeds of the Series B financing to further develop its proprietary gene therapy platform, advance programs into the clinic, and for general corporate purposes.

“Since founding the company, we have had the interest of leading biotech investors as well as strategic partners who seethe potential of our gene therapy discovery platform to engineer novel vectors that overcome the limitations of conventional serotypes,” said Rick Modi, chief executive officer of Affinia Therapeutics. “We are excited to partner with this syndicate of top investors to expand our platform to regulatory elements and work toward the next generation of one–time, potentially curative medicines for broader use.”

In 2020, Affinia Therapeutics announced a Series A financing and a multi–year research collaboration with Vertex Pharmaceuticals. Earlier this year, the Company announced it strengthened its leadership team with the appointment of Charles Albright, Ph.D., and Petra Kaufmann, M.D., who joined as chief scientific officer and chief medical officer from Editas Medicine and Novartis Gene Therapies, respectively.

Last week, the Company announced the acceptance of abstracts for the upcoming virtual American Society of Gene & Cell Therapy annual meeting. The abstracts are focused on novel vectors with enhanced capabilities for central nervous system and muscle diseases, and improved manufacturing yields.

The Company is chaired by Sean P. Nolan, previous chief executive officer of AveXis. In connection with the Series B financing, Caroline Stout, partner at EcoR1 Capital, has been appointed to Affinia Therapeutics’ board of directors.

“Gene therapies with novel vectors and regulatory elements have the potential to benefit a broad range of both rare and non–rare diseases,” said Ms. Stout. “We are impressed with Affinia Therapeutics’ leadership team and scientific progress and are pleased to support the Company at this critical juncture as it brings forth novel gene therapies with the potential to impact a wide range of diseases, giving new hope to patients.”

Founded in 2019, Affinia Therapeutics’ science originates from work done by Luk Vandenberghe, Ph.D., associate professor at Massachusetts Eye and Ear and Harvard Medical School and a co–inventor of AAV9. The Company recently expanded its state–of–the–art discovery laboratories in Waltham, Mass., to add process science, analytical development, and manufacturing pilot plant capabilities as it advances its programs into the clinic.