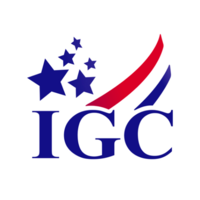 POTOMAC, Md.– India Globalization Capital, Inc. (“IGC” or the “Company”) (NYSE American: IGC) announces today that it has completed Cohort 1 of its Phase 1 clinical trial testing the IGC’s tetrahydrocannabinol (“THC”)-based formulation, IGC-AD1, intended to alleviate the symptoms of participants suffering from Alzheimer’s disease. As previously disclosed, IGC’s Investigational New Drug, IGC-AD1, a THC-based formulation, was submitted to the U.S. Food and Drug Administration (“FDA”) under Section 505(i) of the Federal Food, Drug, and Cosmetic Act. IGC received approval to proceed with the trial from the FDA on July 30, 2020.

As part of the clinical trial process, an independent Data and Safety Monitoring Committee (“DSMC”) monitors patient safety data and other factors. A DSMC consists of industry experts with no affiliation to the trial sponsor, which in this case is IGC Pharma, LLC, a subsidiary of IGC. The DSMC typically recommends that a trial continue or terminate based on the committee’s evaluation of trial safety data. The DSMC for IGC’s trial, having reviewed Cohort 1 data on Alzheimer’s participants, has recommended progressing to Cohort 2.

IGC’s Phase 1 study is a placebo-controlled Multiple Ascending Dose (MAD) study on individuals suffering from Alzheimer’s disease. This study is also evaluating the pharmacokinetics and genotyping of CYP2C9 polymorphisms to determine impact on THC metabolism. For example, the study includes evaluating whether individuals with a particular polymorphism of the CYP2C9 gene impacts the metabolism of THC, as compared to other individuals. The Company hopes that this data on pharmacogenetics can eventually inform IGC on effective dosing for patients with a specific CYP2C9 polymorphism, and better predict outcomes such as the impact of its THC-based investigational new drug IGC-AD1 or its interactions with other medications.

For Cohort 1, we administered one dose of IGC-AD1 per day. In Cohort 2, we plan to escalate to two doses per day. Alzheimer’s participants are monitored daily for safety, and for certain behavioral changes using, among others, the Neuropsychiatric Inventory (NPI) scale. The Phase 1 trial is currently anticipated to conclude during the second quarter of the Company’s fiscal year (July through September 2021).

According to the Alzheimer’s Association, Alzheimer’s disease impacts about 44 million individuals worldwide. To IGC’s knowledge, this is the first human trial using low doses of natural THC, a psychoactive member of the cannabinoid class of natural products produced by the cannabis sativa plant, on Alzheimer’s patients. IGC is encouraged by the progress of the Phase 1 trial on participants suffering from Alzheimer’s disease as it moves into Cohort 2 to continue testing the safety of IGC-AD1.

A Phase 1 trial is the first step of a human trial in a multi-step process designed to obtain regulatory approval for the marketing of a new pharmaceutical drug. This multi-step process for obtaining FDA approval is described in IGC’s annual report on Form 10-K filed with the U.S. Securities and Exchange Commission (“SEC”) on June 14, 2020.