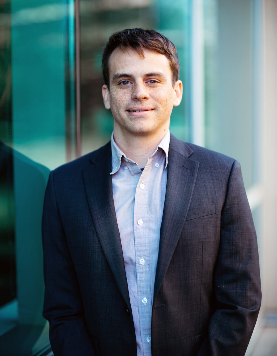 BRISBANE, Calif.– Mammoth Biosciences, the biotech company leveraging the diversity of life to build the next generation of CRISPR products to cure and detect disease, today announced it has secured $195 million in financing, joining the select ranks of “unicorn” startups with a valuation of more than $1 billion. The funds will enable the company to broaden its toolkit of next-generation CRISPR systems with a focus on building permanent genetic cures through in vivo gene-editing therapeutics and democratizing disease detection with on-demand diagnostics.

The financing comprises a $150 million Series D led by Redmile Group, with participation from Foresite Capital, Senator Investment Group, Sixth Street, Greenspring Associates, Mayfield, Decheng Capital, NFX and Plum Alley, among others. It follows a $45 million Series C in late 2020, which was led by Redmile Group and Foresite Capital, and included participation from Amazon as well as existing investors.

“We’ve had a momentous year at Mammoth, which includes the maturation of our wholly-owned CRISPR platform for breakthrough therapeutic applications and partnerships with industry leaders that have accelerated the validation of our diagnostic technology in the real world,” said Trevor Martin, co-founder and CEO of Mammoth Biosciences. “We’re extremely encouraged by the support of our venture capital partners, and look forward to advancing our novel CRISPR systems, so that we can bring the promise of CRISPR to patients — permanent, one-time cures and decentralized molecular diagnostics.”

Mammoth’s CRISPR platform leverages the largest toolbox of novel Cas enzymes, driven by its proprietary protein discovery engine which leverages the natural diversity of life. The unique properties of these enzymes — such as their ultra-small size, increased temperature stability, faster reaction kinetics, high fidelity and expanded targeting capabilities — have the potential to create powerful CRISPR-based therapeutics and diagnostics for a wide range of diseases.

This financing will significantly accelerate the growth of Mammoth’s therapeutics pipeline. In particular, Mammoth is focusing on Cas14 and Casɸ, as these families are the smallest known CRISPR systems and Mammoth has pioneered their development to help them overcome many of the hurdles faced by legacy Cas enzymes, and facilitate advanced and expanded delivery for in vivo genome editing in diseases.

On the diagnostics front, during the COVID-19 pandemic Mammoth was the first to demonstrate CRISPR-based detection of SARS-CoV-2 in patient samples with its DETECTRTM platform and partnered with NIH RADx, DARPA, GSK, and many others to accelerate the development of diagnostics solutions for a broad spectrum of infectious diseases. The new financing will also continue to fuel Mammoth’s efforts to build decentralized on-demand diagnostics enabling accurate, affordable, and actionable results for patients and consumers.

Mammoth has also greatly expanded its team to over 100 employees, including the recent key appointment of Gary Loeb, J.D., as General Counsel. Loeb has more than 22 years of experience in the biotechnology legal, intellectual property and regulatory space, including multiple previous leadership roles, most recently as general counsel at Sangamo and previously as VP of IP at Genentech. Loeb’s expertise covers strategy and growth in the diagnostics and therapeutics space, and his addition further strengthens the core leadership team as the company advances its CRISPR products.

“Mammoth is pioneering differentiated next-generation CRISPR systems, and is in a unique position to enable novel treatment and diagnosis options that could dramatically improve the lives of patients,” said Jennifer Doudna, Nobel laureate and co-founder of Mammoth Biosciences. “An exciting example is Mammoth’s ultra-small CRISPR systems that advance in vivo delivery options that can dramatically improve the lives of patients.”

CARMAT Receives Final Approval From the Patient Protection Committee for the Use of the Commercial Version of the Aeson® Heart in the EFICAS Study...