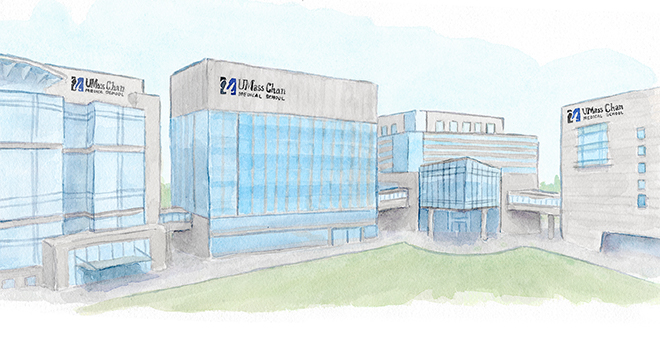 Today the University of Massachusetts is announcing a history-making $175 million donation from The Morningside Foundation to UMass Medical School.

The transformational gift is unrestricted and will more than double the Medical School’s endowment. It comes as the Medical School celebrates its 50th year of educating future physicians, nursing leaders and biomedical scientists and as its Nobel Prize-winning research enterprise has grown to $400 million.

In recognition of the gift and of the deep commitment to education, research and health care by the Chan family of investors, entrepreneurs and philanthropists, UMass Medical School will be renamed the UMass Chan Medical School. Its three graduate schools will be renamed: the T.H. Chan School of Medicine; the Tan Chingfen Graduate School of Nursing; and the Morningside Graduate School of Biomedical Sciences.

T.H. Chan, for whom the School of Medicine will be named, is the late patriarch of the Chan family, who was deeply committed to supporting higher education.

The Graduate School of Nursing will be named for the family’s matriarch, Tan Chingfen, a nurse who, the family recalled, administered vaccines to neighborhood children in the 1950s.

The choice of “Morningside” for the Graduate School of Biomedical Sciences reflects the name of the family’s investment group and foundation.

“This gift is a powerful statement about the stature—and the potential—of our medical school, a very special place. The confidence this historic gift conveys about our medical school is breathtaking, permitting us to recruit renowned and innovative faculty, conduct more breakthrough biomedical research, offer financial support to highly qualified and diverse students; and be ever more expansive in fulfilling our public service mission,” said Chancellor Collins in making the announcement.

“On behalf of the citizens of the commonwealth and the many future health professionals and educators who stand to benefit from this transformational gift to Massachusetts’ first and only public medical school, we are grateful to The Morningside Foundation and the Chan family for their incredible generosity,” said Gov. Baker. “I am deeply appreciative and thank Chancellor Collins for his leadership and commitment to the University of Massachusetts Medical School, its students, its faculty and its future.”

Marty Meehan, president of the five-campus University of Massachusetts system, said, “The generosity of The Morningside Foundation and the Chan family is an acknowledgment of what the people of the commonwealth have long known: Our medical school is the jewel in the crown of public higher education and support for its world-changing work will pay dividends for many years to come. Gifts of this significance are not possible without the strong management, stewardship of resources and continuity of leadership present across the UMass system and on strong display at the Medical School under Chancellor Collins and his team.”