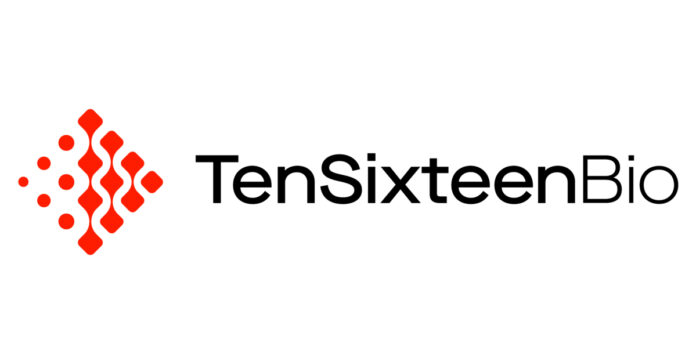 SAN FRANCISCO– TenSixteen Bio launched today with $40M from Foresite Capital and GV (formerly Google Ventures) on a mission to redefine precision medicine in complex disease by leveraging new insights in somatic mosaicism including clonal hematopoiesis (CHIP). Incubated by Foresite Labs, the company aims to leverage its platform to address how somatic mutations that accumulate in our blood and other tissues offer new therapeutic avenues for a broad range of diseases including cancer and cardiovascular disease.

While genes are inherited at birth, much of disease is caused by the human genome changing over the course of a lifetime through mutations that accumulate in cells as one ages. There are approximately 1016 cell divisions in the human body during a lifetime and each is an opportunity for mutation, leading to a patchwork of genetically distinct cells—a process called somatic mosaicism.

Over the last decade, researchers have discovered a form of somatic mosaicism in the blood, called clonal hematopoiesis of indeterminate potential (CHIP) that results from mutations in a set of cancer-associated genes. These CHIP mutations lead to pre-malignant states that influence a spectrum of diseases. Recent research has shown that CHIP mutations confer a significant risk of developing multiple diseases, including cancer, cardiovascular disease and others, in some cases increasing an individual’s risk over tenfold.

Despite recent advances, cardiovascular disease and cancer remain the leading causes of morbidity and mortality in the aging U.S. population. Understanding CHIP, and somatic mosaicism broadly, provides a new paradigm for early detection, treatment, and prevention of devastating diseases.

TenSixteen Bio was co-founded by CEO Mark Chao, physician-scientist and former co-founder of Forty Seven, an immuno-oncology company acquired by Gilead Sciences for $4.9B. Before starting TenSixteen, Dr. Chao served as VP of Oncology at Gilead Sciences and as a Clinical Instructor at Stanford University.

”As a physician, I’ve witnessed firsthand how we have struggled to treat disease in its end-stage. Treating disease earlier provides the best chance of success and is core to the TenSixteen mission,” said Chao. “By therapeutically targeting CHIP biology, we have the potential to change treatment paradigms across several diseases.”

TenSixteen is building a comprehensive research and development ecosystem around CHIP and somatic mosaicism. This ecosystem encompasses a large-scale multi-omics and clinical data platform and an expansive research and clinical trial network with leading academic and health care institutions, coupled with a novel proprietary assay to diagnose CHIP. Using these tools, TenSixteen is discovering new drug targets and building the ability to identify the patients who will respond best to tailored treatments.

“TenSixteen is the first company constituted to directly address somatic mosaicism and CHIP, age-associated drivers of many common diseases that represent broadly unmet medical needs,” said Vikram Bajaj, CEO of Foresite Labs and Managing Director of Foresite Capital. “By revealing its root causes, our hope is that companies of this kind will eventually intercept disease in its earliest stages.”

“Mark and the team are the right group of physicians and scientists to take on this pioneering work given their foundational research in the field and previous success in developing novel, data-driven therapeutics,” said Krishna Yeshwant, Managing Partner at GV. “We look forward to supporting them through this journey.”

Ventus Therapeutics Awarded Grant by the U.S. Department of Defense to Study the Role of cGAS in Lupus