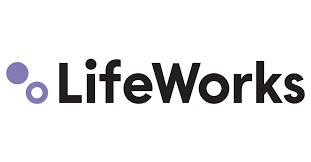 The Index found that American workers’ optimism and general psychological health declined from May to June.

Americans hesitant about how mental health conditions may be treated by their employers, colleagues, and friends and family

“Access to mental health support provides a tangible safety net for working Americans. It’s clear that those who feel supported by employers are in a better place mentally than those without such support. At the same time, however, the stigma of reaching out for help is also tangible, with too many people reluctant to discuss mental health with either colleagues or managers. Employers need to address this reticence to engage because this environment of uncertainty has far-reaching consequences.”

“Even when there is access to vital mental health services, employees need to feel comfortable using the available tools regularly. A host of issues have induced or increased anxiety – the pandemic, the economy, public discourse – and mental health has suffered. If people don’t feel comfortable seeking help or ignore the benefit of continuous support, it could lead to poorer mental health creating relationship issues at home, productivity issues at work, and physical health issues in the long term. Establishing a culture where people are more open to asking for help is vital to supporting employees’ mental wellbeing.”