SAN FRANCISCO– Cytovale, a medical diagnostics company focused on providing a faster, more insightful way to diagnose fast-moving and immune-mediated diseases, today announced the first enrollment in a clinical trial of the Cytovale system and IntelliSep test to aid in the rapid assessment of potential for sepsis in the emergency department (ED).

The trial, A Clinical Validation Solving the Question of Inflammation or Sepsis Hastily in the Emergency Department Protocol (CV-SQuISH-ED), is a multi-site, prospective study involving a minimum of 600 patients at multiple leading centers across the U.S. with the objective to demonstrate the performance of the IntelliSep test as a diagnostic marker of sepsis in the ED. The study’s primary endpoint is a comparison to sepsis as adjudicated by an independent panel of physicians, the gold standard for sepsis determination. Other endpoints include common severity of illness and utilization metrics.

The first patients to participate in CV-SQuISH-ED were enrolled by Dr. Tonya Jagneaux, site principal investigator at Our Lady of the Lake Regional Medical Center in Baton Rouge, La. and by Dr. Daniel Henning, a University of Washington emergency medicine physician and site principal investigator at Harborview Medical Center in Seattle, Wash. Other enrolling centers will include University of Missouri Health Care in Columbia, Mo. and Wake Forest Baptist Health in Winston-Salem, N.C.

“Early and reliable strategies to identify sepsis remain elusive, complicating physicians’ efforts to implement sepsis care as quickly as possible. Since time-to-treatment for sepsis is measured in lives saved, we need a tool to mitigate diagnostic uncertainty and facilitate early sepsis care,” said Dr. Henning. “CV-SQuISH-ED, the latest trial evaluating this type of novel early detection sepsis testing, may give us exactly that kind of tool.”

Sepsis, a dysregulated immune response to infection, is one of the fastest-moving, most lethal conditions in the world and is often difficult to quickly and accurately diagnose. The condition is the no. 1 cause of death in hospitals, taking the lives of 270,000 people every year in the U.S. alone – more than opioid overdoses, prostate cancer, and breast cancer combined.1 Mortality from sepsis increases as much as eight percent with every hour of delayed treatment, and as many as 80 percent of septic shock patients survive with early identification and initiation of appropriate antibiotics, making early detection essential.2

The Cytovale IntelliSep test is a simple, intuitive solution that provides actionable answers directly from a blood sample in under 10 minutes. The rapid test may aid hospital EDs in saving lives, preventing sepsis-related morbidity, and conserving resources for those who need it most. It also may assist hospitals in improving overall patient care and better meeting guidelines set by the Centers for Medicare & Medicaid Services (CMS) for timely sepsis treatment known as SEP-1.

The clinical validation study builds on two previous studies of Cytovale’s IntelliSep test. The first, “Development and validation of a cellular host response test as an early diagnostic for sepsis,” published in the peer-reviewed journal PLOS ONE evaluated IntelliSep in the rapid risk stratification for sepsis in the hospital emergency department. Data from this study showed that Cytovale’s test has the potential to provide clinically actionable performance in distinguishing potentially septic patients.3 A subsequent prospective, multi-site study of 290 patients presenting to three U.S. emergency departments was completed and then presented at the American Association of Clinical Chemistry (AACC) meeting in December 2020. The abstract, which received the AACC Academy’s Distinguished Abstract Award for scientific excellence, found the IntelliSep test achieves clinically-actionable diagnostic performance, allowing clinicians to risk-stratify patients with the highest and lowest likelihood of developing sepsis in an ED population.4

“We are hopeful that CV-SQuISH-ED will confirm the findings of our previous work with this important technology,” said Dr. Hollis O’Neal, critical care physician at Louisiana State University Health Sciences Center and national principal investigator for the study. “Sepsis takes a heavy toll on our patients and a tool like this could make a big difference.”

“At Cytovale, we’re dedicated to helping patients with life-threatening conditions such as sepsis get the timely care they need,” added Cytovale co-founder and CEO Ajay Shah. “Our IntelliSep test has the potential to change the way emergency departments everywhere recognize and treat sepsis, and we hope the CV-SQuISH-ED trial will enable us to bring this solution to the aid of patients across the U.S.” 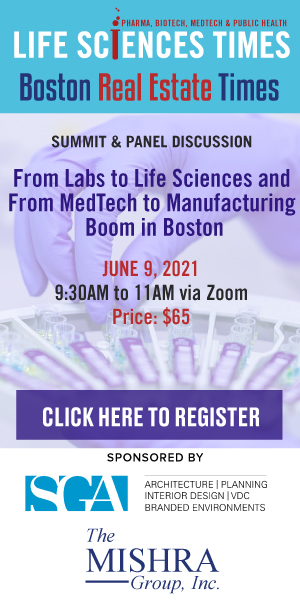