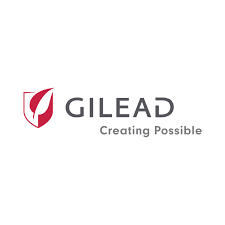 FOSTER CITY, Calif.– Gilead Sciences, Inc. (Nasdaq: GILD) today announced that the Committee for Medicinal Products for Human Use (CHMP) of the European Medicines Agency (EMA) adopted a positive opinion for investigational lenacapavir for the treatment of HIV-1 infection, in combination with other antiretroviral(s), in adults with multi-drug resistant HIV-1 infection for whom it is otherwise not possible to construct a suppressive anti-viral regimen.

The CHMP positive opinion is a scientific recommendation to the European Commission (EC) to grant marketing authorization in Europe and will be reviewed by the EC, which has the authority to authorize medicines in the 27 Member States of the European Union, as well as Norway, Iceland and Liechtenstein. The final European Commission decision is expected later this year.

“Treatment options are extremely limited for people living with HIV whose virus is no longer effectively controlled by their current regimen. We are encouraged by this CHMP positive opinion for lenacapavir, as it is an important step toward a potential new treatment option for individuals with multi-drug resistant HIV,” said Jared Baeten, MD, PhD, Vice President, HIV Clinical Development, Gilead Sciences. “We look forward to the final decision by the European Commission and the potential for lenacapavir to help fill a critical unmet need for persons living with HIV with complex prior treatment histories.”

The positive opinion is supported by data from the Phase 2/3 CAPELLA trial, a double-blinded, placebo-controlled global multicenter study designed to evaluate the antiviral activity of lenacapavir administered every six months as a subcutaneous injection, in combination with other antiretroviral(s), in heavily treatment-experienced people with multi-drug resistant HIV-1 infection. In this patient population of high unmet medical need, 81% (n=29/36) of participants receiving lenacapavir in addition to an optimized background regimen achieved an undetectable viral load (<50 copies/mL) at Week 26. Additionally, CAPELLA participants achieved a mean increase in CD4 count of 81 cells/µL. The New England Journal of Medicine published the primary outcome results of the CAPELLA trial in its May 11, 2022 issue – Capsid Inhibition with Lenacapavir in Multidrug-Resistant HIV-1 Infection. Through Week 26, lenacapavir was generally well tolerated, with no serious adverse events related to lenacapavir as determined by the study investigator. The most common adverse events observed in the trial were injection-site reactions.

Lenacapavir is an investigational compound and is not approved by any regulatory authority for any use and its safety and efficacy are not established. There is no cure for HIV or AIDS.